A week in Tokyo that touched us in many ways. Read about Japanese customer service. Absolutely magical.

A number of absolutely wonderful experiences!

What is customer experience?
Customer experience, or CX, is all contacts the customer has, both with staff, services, software, hardware, newsletters, confirmation emails. The overall experience over time creates the final experience. For companies, nothing is not included in the CX.

Japan. The land of mythical customer experiences.
Where employees drops everything on their plate to help the customer. In Japan, the customer is GOD. The challenge in our parts of the world is that customer service is seen as a department, not as culture. In Japan, customer service is deeply rooted in the culture. As a visitor and customer, I experienced a country where I was taken care of wherever I went. Information was always available, when I needed it. I rarely needed to ask anything. There was almost more information than questions.

No effort
I repeatedly thought that they are so proactive, and care more about me than myself, not to disappoint anyone. They do not want to make it difficult for anyone. No one should have to make an effort. It is well-argued that “reducing effort” creates loyalty. I think Tokyo has “reduced efforts” to such a level that everything feels simple. It’s easy to get around, it’s easy to order food, it’s easy to enjoy.

In addition, it’s even illegal to walk and smoke 😉

Some of our amazing customer experiences

Example 1: We were coming to the pitching contest, and was guided backstage. We were a group of 20 people shown around the area. They said, “Here you can sit down and relax, drink some water and practice your material. We apologize for not having snacks, we’ll see what we can do.”

Snacks? That was not the first thing on my mind, but maybe one of the other 20 people was dying for a snack. It felt very nice and caring knowing that they were thinking about me, and that they would make every possible effort to make it even more enjoyable for me 😊 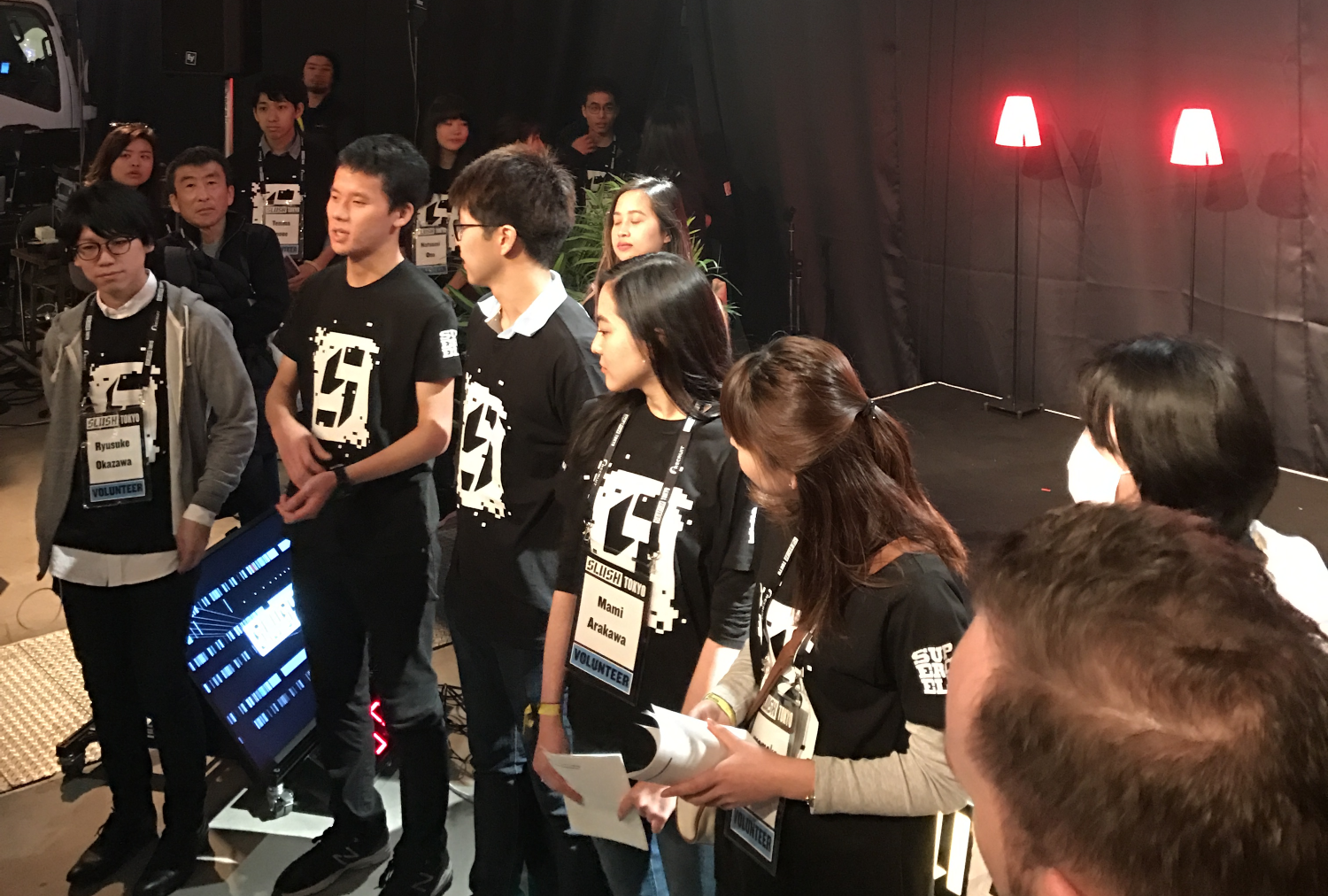 Example 2: I was in a typical stand-up restaurant where you eat your lunch standing at a bar and grill your own meat at the table. I dropped one of my chopsticks and reached down to pick it up. As I got up, the chef was there, presenting two fresh sticks for me, while the waiter ran towards me with two more. I would love to see that in a Swedish restaurant next time I drop a fork! 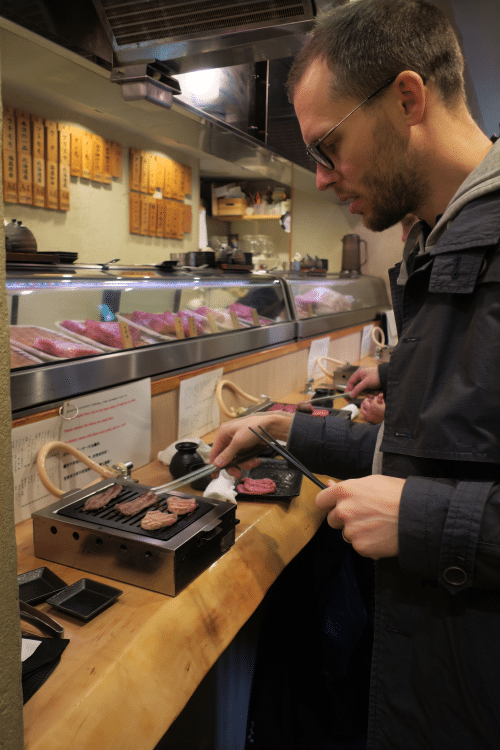 Example 3: A restaurant did not offer English menus or English speaking staff. But they immediately ran over to another restaurant and picked up an English speaking waitress who stayed with us throughout the dinner and translated. And by running, I mean that their wooden flip flops almost caused them to trip when they jumped in full gallop. They had to grab their shoes in one hand, run a red light, and hold the kimono with the other hand to not trip. Were we in a hurry? No. They also apologized several times for not speaking English.

Example 4: In the ticket window at the train station we bought tickets with a different departure than we thought. Fifteen minutes later when we discovered thta, we went back to try to change the tickets. Without knowing whether it was possible or not, we began to explain what went wrong and what we wanted instead. In a few seconds we received new tickets, without a receipt, and without waiting time. The cashier just took the old ticketsand wished us a happy trip while bowing 2-3 times as a thank you. When we left, he made the return and entered what he needed to do the right in the cash register. No need for us to wait for that step in the return process!

Example 5: I wanted to buy a headset and took out my credit card to pay.
The seller said: “That’s not Visa”.
“No,” I said, “it’s Mastercard.”
“You must have Visa.”
“Why? I only have Mastercard “.
“Otherwise you will not receive a 5% discount.”
”Oh! Well, it doesn’t matter.”
The seller shook his head, and said: ”Maybe I can take that Visa card. I can probably give you the discount anyway”. I will solve it somehow.

It turned out that they have to pay higher card fees for Mastercard and they assumed I wanted to use Visa instead. Both to get a better price and lower fees.

Example 6: At the train station, we asked a woman for help, as we did not understand which one of the trains we would take and the cost for it. She helped us for a long time, and finally we had it right. The she had to run hard, because she almost missed her own train, but she did never show any signs of stress at all. It was more important for her to help us than care for herself.

Example 7: When I arrived at the exhibition center, there were three different entrance lines, one for those with tickets (already picked up), one for press, one for those without a ticket, etc. It was clearly marked, no problem to find the right line. Nevertheless, I was greeted by a welcome committee, one of them addressed me and, with a smile on her face, told me there were three different lines and asked if I had a ticket already or not. Then she kindly guided me to the right line, even though it was already clear. There I met even more happy people who all bowed and told me that I would get my ticket as soon as I presented my booking code.

At the airport in Denmark at passport control there were also several lines. A passport officer exited her booth, bored to death. Slowly she opened the door, shouting from a distance: ”Hey! You are in the wrong line! You there, with underage children, you can’t use this line. Move on to the next one.”

Example 8: We were at a sushi restaurant and next to us sat a lonely woman at the age of 60. After we sat down and ordered, I started looking for soy sauce and wasabi. I found soy and also some green powder that I assumed was wasabi that would be mixed with soya. The woman next to us saw what happened. She waved her arms and did not know what to say. She didn’t speak English. We didn’tt speak Japanese. So she called for the staff.

The waiter came up, apologized, and swiftly gave me a new bowl for soy. Then he brought wasabi too, while explaining that the powder I mixed in my soy was green tea, haha! I would probably not have had a problem eating sushi with my green tea soy sauce, no big deal, just exotic. But the Japanese waiter and our fellow patron did not want me to have that experience. They were really worried about my potentially bad CX!

Example 9: Sushi experience number two. An elderly lady, say about 70 years, sat next to us this time. We knew that you should not pour green tea powder into the soy. So far so good. It was cold outside and we had been in line for 45 minutes to get in. After 5-10 minutes, the nice lady started to point at our empty cups and gesture… we did not understand much, but it seemed like she wanted a cup. Maybe she needed one, and they were useless to us at that point, empty as they were. We had not yet ordered anything to pour in the cup anyway. Be our guest! Then she mixes green tea powder and hot water from the tap, stirs it and then retur the cups with hot, hot green tea – perfectly mixed.

Japan. An amazing country, with amazing people. A real inspiration for ourselves! 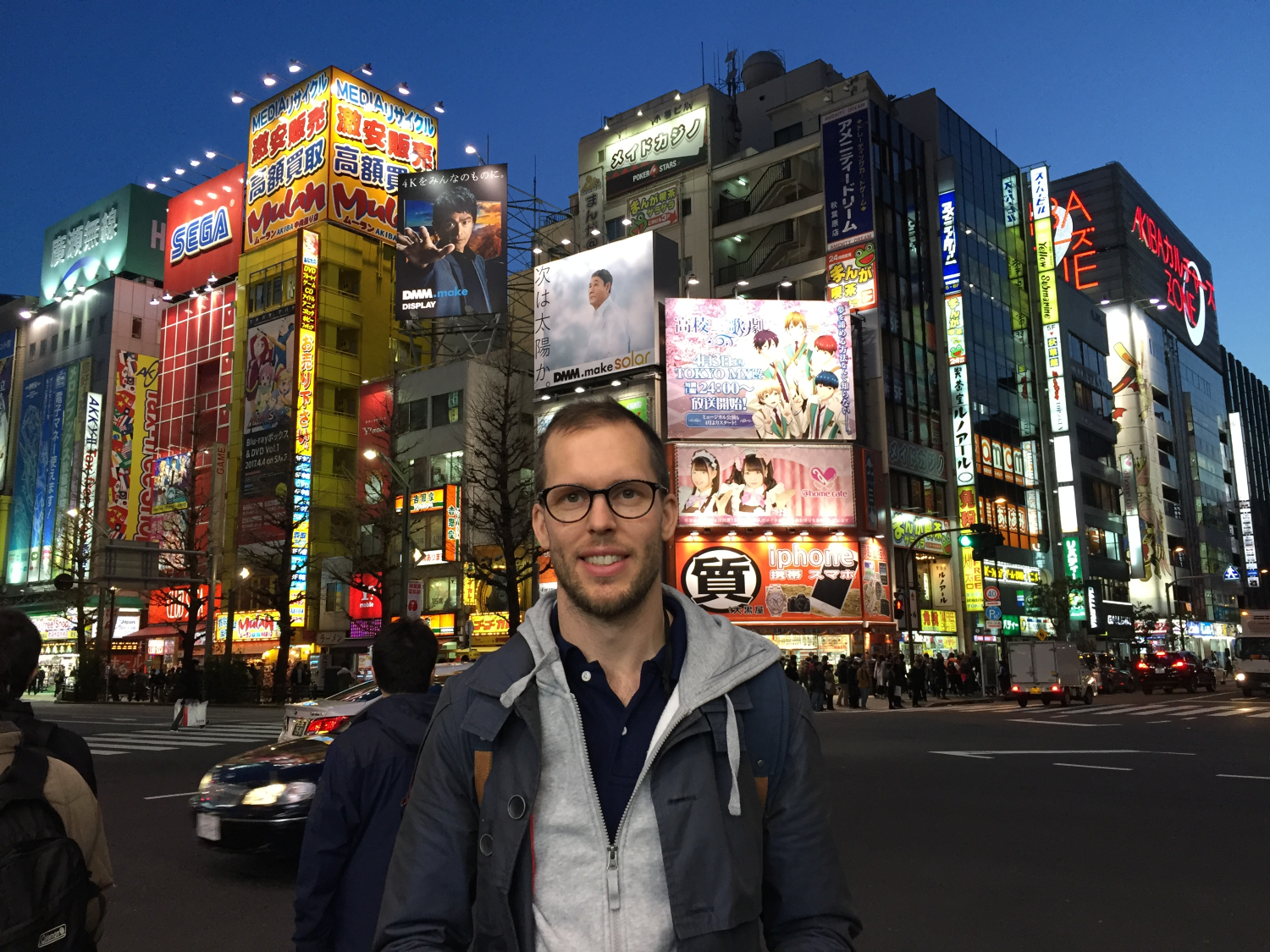 Apply for a free trial